skip to main | skip to sidebar

These words are found in The Life and Speeches of the Very Rev. J. H. Cotton ...

I was in union with the Established Church and with the Calvinistic Methodist body and the Methodist Deacons were grumbling rather and wanted me to stand by either of the two and sever my connection with the other. I had some hestitation about this subsequently Mr Elias was to preach here on a Sunday and on Saturday the 7th of May 1840 I started to meet him for the purpose of having his opinion and advice on my case And this is what he said 'Never separate from the Communion of the Established Church nevertheless you can be in connection with us because we are a branch of the Church These are his words word for word'. 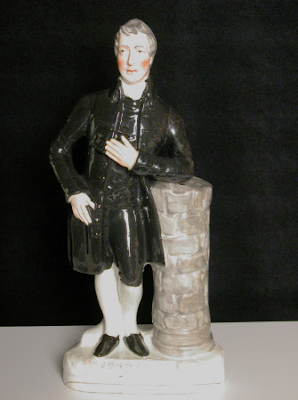 This 19th century figure is from a collection at Attingham Park, Shropshire.
In the alternative below he is holding a Bible. 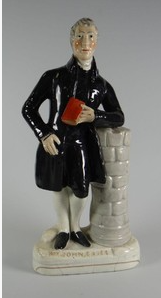 Hugh Hughes had moved to Caernarfon by 1835, and William Roos, a native of Amlwch, had already moved there, as in the previous year he had advertised his availability as a portrait painter. Caernarfon developed into an important centre for artisan painters, with several of them competing with Hugh Hughes for commissions from the middle class. William Roos claimed that he had completed a portrait of John Elias in 1839, the same year as Hugh Jones's famous portrait of the renowned preacher. An engraving of this portrait was commissioned in 1840, probably on account of the connection between William Jones, the portrait painter from Chester and the artist's brother, and the publisher Edward Parry. This portrait, the basis for Samuel Benin's engraving published by Edward Parry in Chester, became a very popular icon in Wales, as also was the one of Christmas Evans, the Baptist leader, painted by William Roos in 1835. It is uncertain whether an engraved version of William Roos's portrait of John Elias was based on an oil painting by him, either the alleged one in 1839, another one in 1841 or a copy of Hugh Jones's work. The suggestion has been made that this engraving was the basis of the Staffordshire figure of John Elias, which, together with those of Christmas Evans and John Bryan, the eminent Baptist and Wesleyan Methodist preachers, were extremely popular. William Roos also produced in the 1830s an oil painting based on Hugh Hughes's portrait of 1812, but influenced by Bailey's engraving of 1838. 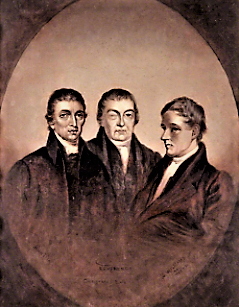 See here for this portrait from St Ffagan.
See also here.
No comments: 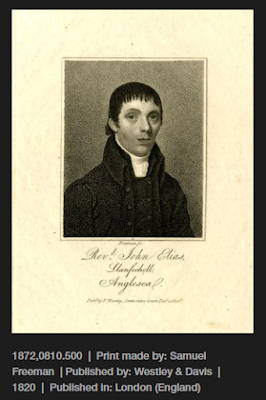 This print of Elias is held by the British Museum. See here.
No comments:

Abolition did not become a popular movement until 1787 but you get this preparatory period where people like Williams Pantycelyn are saying that this slave trade is not right.
Later in the 1790s when abolition was a popular – even fashionable – movement Welsh Christians like Morgan John Rhys are outspoken against slavery. One important evangelist of the time – John Elias from Anglesey – preached against slavery in Britain’s biggest slave port, Liverpool.
“Much was said about the sinfulness of the slave trade when we were in Liverpool recently. We found that some of the brothers were working on the ships which were used in this vile trade, yes, and one of them was forging the chains which would be used to enslave these poor souls; we urged them to abandon his task immediately; we urged everyone not to be involved with any aspect of this cruel institution. It is better to die of hunger than to have plenty of bread by being partakers of blood.”
(Not sure of the soiurce for this)
No comments:

The Edward Morgan Biography can be accessed here.
No comments: 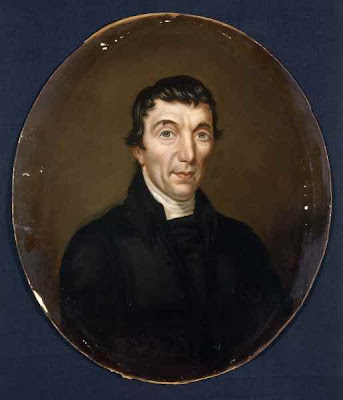 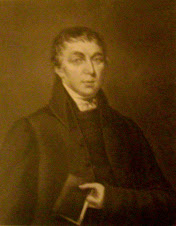 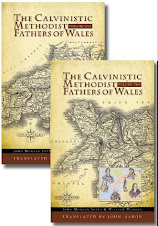 They said he was the Methodist Pope
With his hardline ways they could not cope.
He'd thunder and flash,
Turn falsehoods to ash,
He gave Wales the message of hope. 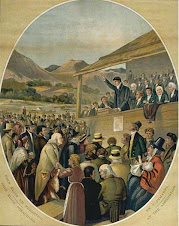 Antecedents and contemporaries mostly in Wales